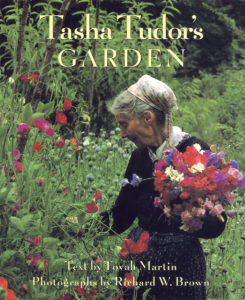 This year’s ephemera conference features discussions on photographic postcards, Tasha Tudor’s designed postcards, flight images, the art of written correspondence, communication styles regarding death, steamboats, the history of quarantining, and using ephemera in the class room. For more see the complete list of topics below.

Robert Bogdan of Orwell, Vermont, is Distinguished Professor Emeritus of Social Science at Syracuse University, having directed the Interdisciplinary Social Science Doctoral program in Syracuse’s Maxwell School. He has written 15 books and more than 100 articles. Bob’s latest book, Real Photo Postcard Guide: The People’s Photography has been described as the definitive text on the topic.

Jeanette Knazek has consulted for exhibits at the Rockwell Museum, Colonial Williamsburg, and the Victoria and Albert Museum. Her collection of Tasha Tudor ephemera begun at the age of five is considered the most complete in every category.

John Scott is an elected Member of the City of London Corporation, a Fellow of the Royal Philatelic Society in London and a Council member of the Ephemera Society in Great Britain.

Claire Scott, a Council Member of the Royal Philatelic Society of London, will be using her background as a health professional to look at how we communicate the news of death through the post, a subject for which she was awarded a gold medal at the Spanish International Philatelic Exhibition in Valencia.

Collector Hugh Feldman became so fascinated with the subject of mails carried by water within the United States that he spent many months away from his London home researching in the National Archives in Washington.

V. Denis Vandervelde has been a very active Fellow of the Society of Postal Historians for 25 years. He founded the Disinfected Mail Study Circle in 1973 and remains its chairman, and the editor of Pratique.