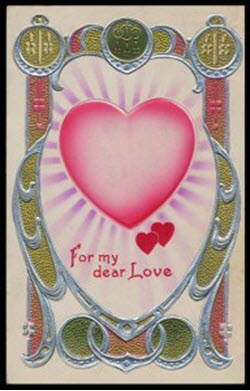 The great, great granddaughter of Elizabeth Cady Stanton, Coline Jenkins co-authored a book, 33 Things Every Girl Should Know about Women’s History, and produced the television documentary, An American Revolution: Women Take Their Place. Her 2009 testimony before the U.S. Senate contributed to the passage of federal legislation creating a national trail of historic sites, coordinated by Women’s Rights National Historical Park. She is co-founder and president of The Elizabeth Cady Stanton Trust, whose broad lending policy reflects its mission to preserve the history of the women’s right movement, to educate the public on this history and to promote the advancement of women’s rights.

Wayne Morgan is an independent scholar specializing in popular culture who is widely acknowledged for his expertise on Canadian author/illustrator Palmer Cox (1840-1924). A career museum professional in the cultural/heritage sector, Mr. Morgan directed the Dunlop Art Gallery (Regina, Saskatchewan). Currently a professor within the Centre for Studies in Arts and Culture, Sharilyn J. Ingram teaches arts management and cultural policy, and her research interests include cultural leadership, meaning-making within the museum, creating social value from material culture, and the intersection of gardens and art.

Brian Caplan is one of the nation’s foremost attorneys practicing entertainment and intellectual property litigation, and has been a serious collector for more than thirty years. Items from his Civil War collection have been exhibited at Brandeis University and will be featured in a Civil War photography show at New York’s Metropolitan Museum of Art. Jonathan Mann has written on historical Americana for some thirty years and is publisher of The Rail Splitter: A Journal for the Lincoln Collector.

Independent scholar, writer and editor Anne Stewart O’Donnell received her Masters in the History of Decorative Arts through the Smithsonian Associates / Parsons School of Design program in Washington, DC. Her thesis on six women designers of Arts and Crafts movement greeting cards was published as an article in The Magazine Antiques in 2003. Former editor in chief of Style 1900 magazine, her book C.F.A. Voysey: Architect, Designer, Individualist was published in 2011by Pomegranate.

Lauren Sodano: “Are We There Yet? Playing All the Way to Point B from Point A”

Lauren Sodano is social media coordinator for the Ephemera Society of America, as well as collections manager at The Strong in Rochester, New York, a collections-based educational institution with excellent holdings in paper materials relating to the study of play. She earned master’s degrees in museum studies and art history from Syracuse University.

Dr. Cameron C. Nickels is Professor Emeritus, English and American Studies at James Madison University. He has published many essays on American humor and popular culture; is editor of To Wit, newsletter of the American Humor Studies Association; and is author of two books, New England Humor, from the Revolutionary War to the Civil War (1993) and Civil War Humor (2010.)

After literally growing up in the back room of his father’s drug store in Naugatuck, CT, Don Brodeur became a licensed pharmacist. Upon realizing that he was more interested in the people than the pills, he earned a doctorate in Experimental Psychology, with an emphasis in the area of Drugs and Behavior. During his academic career, Dr. Brodeur taught specialty courses in Drugs and Behavior and Health Psychology and gave many presentations at professional meetings of the American Psychological Association and the American Institute of the History of Pharmacy. He retired as Professor Emeritus in 2004.